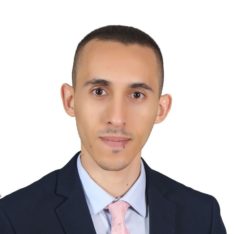 The Untitled Podcast – Season #1 – a bit of history

Here’s a full list of all episodes in season #1, enjoy listening:

It was a great journey we did together until the beginning of Ramadan 2018, at which we named the first trial season as complete. Since that was the first time to host a podcast, for both of us we expected to have some constructive feedback from our listeners, and sure we got a lot of it, I’ll try to document some of the highlights and lowlights here, which will shape our upcoming seasons.

First of all, neither me nor Eslam had any clue about what it takes to produce a good quality podcast, so we got some help from another friend who’s more experienced in media production to take care of recording, editing and post production issues, plus online publishing. He’s Mohamed Nabeel who’s Content Manager at eSpace, and he holds other positions like Editor-in-Chief at some online newspapers and former journalist at other popular ones, additionally he used to be a project manager at EgyptFOSS (an online platform that boosts and promotes Free and Open-Source Software in Egypt), so he managed to get us sponsored by EgyptFOSS and have our podcast being published and promoted through their online channels and platforms.

At first, we just wanted to do something good, to share our knowledge with the public, specially with the Egyptian geeks community, and the whole Arab world. It was spontaneous without much planning or official outlines, and overall it was a trial, something we got excited about so we gave it a shot. We preferred not to plan things ahead to avoid being stressed, over complicating things, and giving this experiment more than what it requires. We tried to make it as simple as we can, and that’s reflected on few things:

That said, it was really great learning experience, and we’re now reflecting on the previous experiment, to enhance ourselves, our gear, fix things up, and prepare for the upcoming season with even better output and impact.